Winner of the Major Prize Draw for a golf weekend at Grande Meadows was Jeremy Cribb.

Below is a list of all the  Winners from the Invitational along with photos. 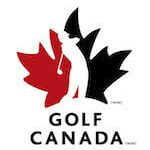